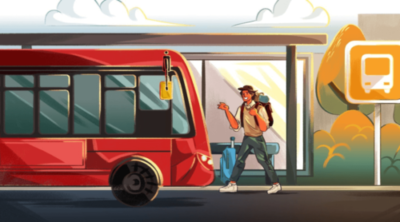 The Combined Authority has responsibility for supporting, improving and building on the bus network around the region. We understand that in both our rural and city areas, buses are vital for local people. We work with local bus companies to ensure that the services provided best serve local needs, and fulfil practical requirements for routes and timetables.

Delivering a high quality bus network for the region is one of the cornerstones of the Cambridgeshire and Peterborough Combined Authority Devolution Deal and we are committed to achieving this goal.

We actively work with our local bus service partners to deliver strategic network improvements and have commissioned a local Bus Reform Taskforce to consider the varied options available for reform.

The Bus Services Act 2017 provides the Authority with powers to reform the bus market and these provisions provide for new types of partnership schemes and the option to franchise bus services.

Find out more about Bus Reform

Demand Responsive Transport, sometimes known as ‘DRT’, is a mode of shared transport for passengers travelling where vehicles, such as buses, alter their routes based on transport demand rather than using a fixed route or timetable.

The Combined Authority has committed to delivering demand responsive transport in the form of a new ‘Uber’ style bus service, which will be trialled initially over a six-month period in West Huntingdonshire.

On 21 May 2021 the Cambridgeshire and Peterborough Combined Authority, following consultation with partners to include Greater Cambridge Partnership (GCP), submitted an expression of interest (EOI) to DfT for funding from the ZEBRA (Zero Emission Bus Regional Application) fund.

The Combined Authority was one of six successful bidders (out of 11) that submitted an Expression of Interest on the Fast Track process, and was invited to prepare a Final Business Case to be considered for funding.

Local bus services suffered a critical blow during Covid-19 lockdown. The Combined Authority is proud to have been able to help by maintain these crucial services at a very difficult time.

We have been financially supporting a large number of local bus services, using the Covid-19 Bus Service Support Grant, since March 2020.

See the bus services we have supported

What we deliver
Related projects