Update on Voi eScooters outside of Cambridge City 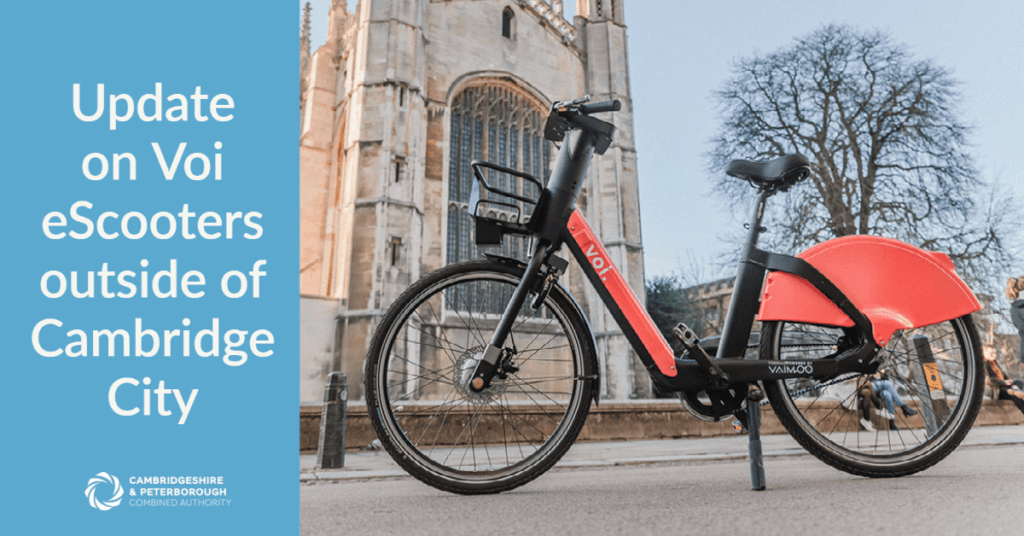 Update on Voi eScooters outside of Cambridge City

The Combined Authority is continuing to work closely with Voi and the Department for Transport (DfT) to reinstate the eScooter trial services in Impington, Histon, Girton and Milton. The services in these areas were suspended after it became clear that the area of Cambridge covered by the eScooter trial did not cover these locations. The extension of these services was made in error, which only become apparent during a recent review of the programme.

A spokesperson for the Combined Authority said: “We are continuing to work with Voi and the DfT in the hope of returning the Voi eScooters to Impington, Histon, Girton and Milton. There are many benefits to the availability of eScooters in Cambridge and its surrounding areas, including improving public health, and providing a cheap and convenient way to get around the city. They are the only eScooters legally allowed on the roads of Cambridge, and the trial has encouraged people to make more environmentally conscious decisions about their transport choices. We at the Combined Authority hope to be able to get them back into these areas quickly so that they can continue to play their part in encouraging safe, active and sustainable travel. We apologise for the continuing inconvenience caused by their suspension.”